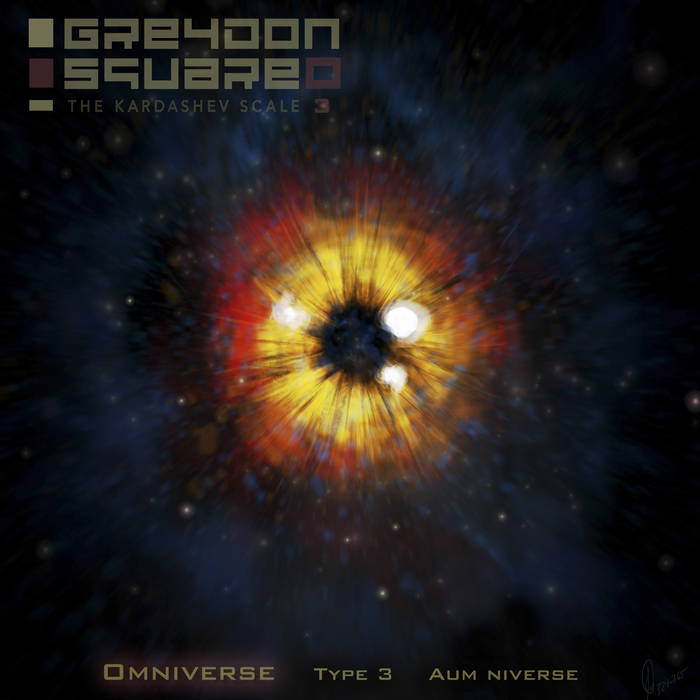 This appears as the second song off the 1st disc

In this song, I describe going from the smallest object space (the quantum foam) to the largest theoretical space (The Omniverse) in ONE verse.

...Started at the foam as a quantum burst
On a journey from the planck through the omniverse
the shortest distance you can travel at the speed of light
watch me take the same path as the neutrino’s flight
...shot forward, zooming past the top quark
where the space-time and energy roads do not fork
i’ve been slept on like the electron
...west born, home of the place they’ll leave your chest warm
...photonic crystals are my playthings
rap at this scale spoken at gamma ray wavelengths
blaze beats, on my way to H3
unstable combustible isotopes at great heat
fluid like a mickey mouse molecule
breaking down all atomic rules on the follow through
...i traverse the alpha helix
on the way to complex chemistry you’re bound to see it
..deoxyribonucleic secrets in the deep end
As I keep the beat and sow the seeds of reason
the only heathen that can bring you cell replication
shoot questions dead through the barrel of investigation
separation, 2 strands
introduce RNA into the sequence, then you’ll get a new hand
...puffin cheeba with amoeba
debating which came first, consciousness or the creature
with tapeworms
cannabis tea poured from Russell’s teapot
to toast, to every person to ever win an EGOT
pack a stadium, the size of a coliseum
skyscrapers, high risers, tetrahedrons
...give me a beat and an ounce of leaf
and i’ll show you things from the crease of the mountain peaks
stay artful as I chop countries to state parcells
leave the planet completely, become a space marshall
on the red planes exploring the mars dunes,
scrutinize asteroid debris, and small moons
who you talkin to? i spit the cold fission
visit every world near then leave solar system
only one of many
all the space in between here and there is cold and much of it is empty
still come across a nebula or two
a couple of parsecs and we’ve only gone a few
the void we launch into, from orion’s arm
Starships, galaxy class we’re flying on
galactic following barely known in the local group
training all alone near large voids evoking truth
take it in, let it sober you
as we go out to get a better seat of the overview
an ocean of space engulfing you,
...with so many superclusters they’re singular in multitude
Every single one from Leo to Pavo-Indus
i’ve traveled it all from Columba to Ophiucus
...i break jaws with the great wall,
of galaxies and filaments that would face all
one existence of distances that you might fear
from end to end that’s over a billion light years
in a sea of universes it’s a bubble in,
and this is from a human’s perch at the hubble length
...at scales like this I find it troubling,
how can I describe one branch, when there are other limbs
fleeing singularities while they’re doubling
coming out to face a multiverse right in front of him
...nowhere to hide, the vast smothers him
a Graham's number of gigaparsecs to the upper rim
hyper realms absent temporal cause
every unique cosmic set with different physical laws
Plus every species capable of computation
probably has supercomputer run simulations
...with a population trying to explain it
with its own Dr. Gates, and its own language
...dirty windshields hinder our comprehension
while tracking down great attractors, aiming for ascension
from here, the multiverses look like sheets of paper
in a library of books near the speed of lasers
...xeno structures that are even greater,
built from every fundamental thing you’d see in nature
...at a hyper glance you wouldn’t even notice
the beauty of the balance damn they should have sent a poet
...the omni, the top of the hierarchy
.where all modes are in play, even the Aum probably
...cyclical birth life and death
of whole entire cosmos where your old life’s a speck
...of probability, swallowed by infinity
existing longer than all cosmological history